The International Maritime Organization (IMO) has awarded P&O Maritime Logistics’ Captain Elbrus Ismayilov with a Letter of Commendation for his acts of bravery at sea.

On 8th May 2019, Captain Ismayilov was leading the P&O Maritime Logistics’ vessel ‘Citadel’ in the Caspian Sea when a nearby vessel, ‘Israfil Huseynov’, , experienced a catastrophic explosion. Bad weather conditions at the time of the incident meant that it was impossible to deploy helicopters and other lifesaving appliances to rescue the 14 injured crew members on ‘Israfil Huseynov’. Instead, Captain Ismayilov deployed ‘Citadel’ and its crew to assist in the immediate evacuation of all those onboard the damaged vessel.

Under the leadership of Capitan Ismayilov, the crew of ‘Citadel’ demonstrated exceptional bravery as they approached and positioned themselves alongside ‘Israfil Huseynov’ in extremely poor visibility conditions, received the injured crew members, navigated through extreme fog to deliver the injured personnel safely and efficiently to the nearest port.  . The ‘Citadel’ crew, together with doctors, were able to provide first aid for the injured individuals during the sea passage prior to them being transferred to waiting ambulances on shore.

Following the incident in 2019, Captain Elbrus Ismayilov and vessel crew members were awarded the badge “Honorary Fleet Officer” and the Order of Honor by the special decree of the Azerbaijan State Maritime Agency, and additionally the Agency sent a special note of information to the International Maritime Organization.

IMO Secretary-General Kitack Lim has recently recognised Captain Ismayilov for the bravery and heroism he has shown, describing his efforts during the rescue as “among the noblest of human undertakings” and “upholding the finest traditions of those who ply the oceans.” 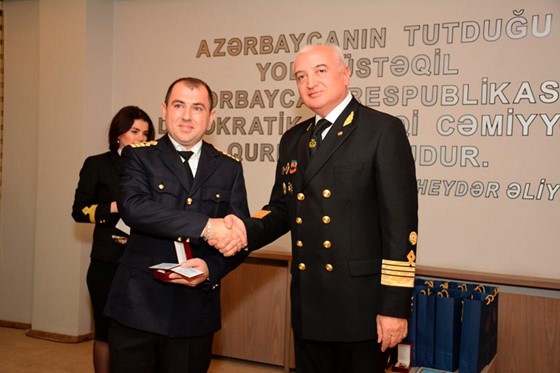